Your Favorite Grilled Burger Is Reason Behind Your High Blood Pressure

In the study, the researchers analyzed information from more than 86,000 women and 17,000 men who, at the beginning of the study period, did not have high blood pressure and were followed for up to 16 years. All of the participants were health professionals who were surveyed about their diet and cooking methods.

During the study, about 37,000 people developed high blood pressure. When the researchers looked at the participants who reported eating meat at least twice a week, they found the following:

People who reported eating grilled, broiled or roasted beef, chicken or fish more than 15 times a month were 17 percent more likely to develop high blood pressure during the study period, compared with people who ate these foods fewer than four times a month.

But What’s the Connection? 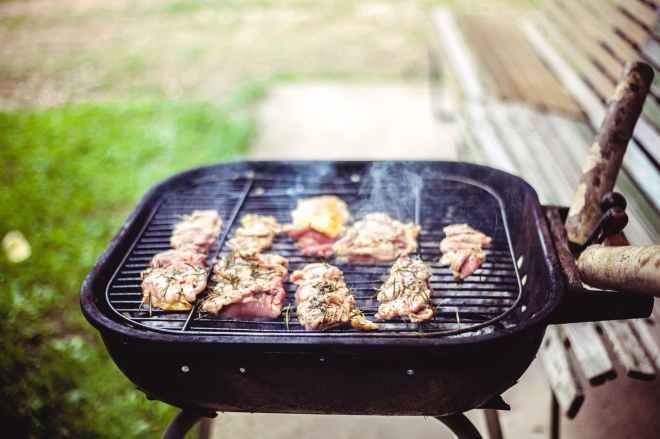 According to lead study author Gang Liu, a postdoctoral research fellow in the Department of Nutrition at the Harvard T.H. Chan School of Public Health in Boston, said in a statement, When cooked at a high temperature, chemicals are produced in the meat which causes insulin resistance, inflammation, and oxidative stress.  These same chemicals may also raise the risk of high blood pressure, he said.

The chemicals that are produced by these grilling and other high-temperature cooking methods have also been linked with cancer, Live Science previously reported.

Instead of grilling or roasting the meat, opt for methods such as pan frying and steaming. If you are doubtfull then remember that all types of meat can be steamed and even seafood. Just choose thinner cuts of meat so it can be steamed thoroughly Choose smaller and thinner cuts of meat to allow them to steam-cooked faster. Since steaming is a moist cooking method, it keeps the tenderness of the meat intact without compromising on flavour. Not to forget, steaming in a cooker saves energy and is an efficient, method. Looking to buy a food steamer? Then checkout the Oster 5-Quart Food Steamer

But, if you are new to steaming, then here’s a fabulous recipe for steamed burgers:

Do you have a special steamed burger recipe? Then share with me!